The development agenda setting that has been addressed to and often imposed on developing countries has resulted from two complex and interwoven forces. On one hand, actors of development generate understandings and interpretations of the existing realities at such countries. However, their heterogeneity means that they offer conflicting insights into the development and well-being of the citizens’ for good measure. On the other hand, within the context of internationalization and globalization, the actors of development interact and negotiate amid the divergences and, to some extent, convergences exerting a differential power. From a dialectic perspective, specific policies are a synthesis of these driving forces. As part of a complex political framework, policies are also tools of power framed by means of choices in terms, expressions, and discursive devices highlighting or concealing particular faces of reality. Poverty, social exclusion, and social capital have become ‘buzzwords’ in development. Their power and constraints have become central in the analysis of the development agenda.
The literature has been prolific in terms of examining this synergic interaction in development agenda setting at the international and global level. However, less is known about how these driving forces interact and have consequences at the national and subnational level, in specific contexts of countries, departments, and municipalities.
This dissertation seeks to shed light on factors such as the strains, convergences, divergences, and expectations that are brought about in the encounter/clash of understandings and interpretations of existing realities as well as on the differential power that actors exert in development. These factors are examined in the specific national and subnational context of Colombia, in one of its departments, Valle del Cauca, and in five of its municipalities. Buenaventura, Cartago, Cali, Florida and Tuluá. The research examines the understandings and interpretations promoted by strategic development actors leading to the framing of particular social policies and then turns to analyse the experiences, perceptions, and interpretations of people to whom those policies are addressed. A Foucauldian approach of a dyadic conceptual device composed of ‘social exclusion’ and ‘social capital’ brings to light the complex networks of power relations supported by particular forms of knowledge. Each term, a device in itself, configures a system of the heterogeneous ensemble consisting of discourses, institutions, architectural forms, regulatory decisions, laws, administrative measures, scientific statements, and philosophical, moral, and philanthropic propositions – in short, the said is as much as the unsaid. The two, in their synergic interactions, bring about social policy that in turn becomes a conceptual device rooted in its specific time and space. Thus, the epistemological, heuristic, and methodological value of the conceptual device allows one to understand and respond to the rising tension between the social, economic, political, and cultural structures and the tendency towards social change in the historical context. Furthermore, it provides a theoretical tool to overcome the definition-related and isolation problems gravitating over the key concepts and practices that build the social policy. It draws attention to the prevalent interpretations, contents, knowledge, and power relationships gathered under such labels and acknowledges and brings to the fore the central relational character of the set of elements that are historically located in the heterogeneous ensemble under consideration. 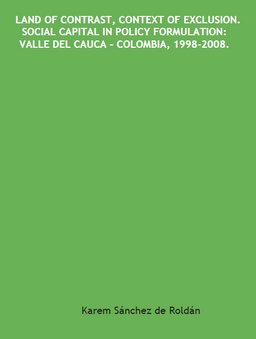