Changing the game or dropping the ball? : sport as a human capability development for at risk youth in Barbados and St. Lucia

The field of sport for development and peace (SDP) has flourished in recent decades, with development programmes around the world using sport as a mechanism to support social, economic and health-related development efforts. However, the academic literature on SDP is limited in comparison to more established development fields. This study is a critical examination of SDP, extending beyond existing research by contributing in two fundamental ways. First, it uses a gender lens that includes the perspective of both girls’ and boys’ attitudes on gender role attitudes, a rarity in SDP research. Secondly, the Human Capability approach of Amartya Sen is applied as a theoretical framework, perhaps for the first time in SDP research.
Furthermore, studies in the field of SDP also often overlook the complex social and economic environment in the postcolonial Eastern Caribbean. This study examines sport for development for at-risk adolescents and unemployed youth in Barbados and St. Lucia. Using quantitative and qualitative data through surveys, focus group discussions, interviews and journals.
Key findings indicate that boys tended to embrace a machismo masculinity regarding sport and domestic life. Their experience in sport, particularly sporting with girls, may in fact reinforce restrictive gender role attitudes and hetero-normative beliefs. On the other hand, girls seemed to experience a sense of empowerment through sport, despite struggling with the narrow scope of culturally ascribed and aesthetically defined ideals of the female body. Furthermore, although all participants expressed a positive relationship between sport participation and their own development of self-efficacy and social affiliation, girls focused more on social aspects while boys were more concerned with skill-building. Finally, the macro-level conversion factors of economic instability, inadequacies in education and government ineffectiveness undermine sustainable youth development efforts.
To conclude, these programmes largely function as an integrative development approach, rather than a transformative gender and development method. This study affirms that these SDP initiatives may be restricted by a neo-liberal framework, which relies on traditional modes of gender and hetero-normativity, as discussed in previous research (Forde and Frisby, 2015; McDonald, 2015; Chawansky, 2014; Levermore and Beacom, 2009). Role Creating a stronger presence of female role models as coaches and peer leaders may better engage at-risk girls and support the challenging of restrictive gender role norms amongst boys. Expanding the opportunities for type of sport played to include more gender-neutral or feminized sporting forms may also help transform the sport for development narrative. 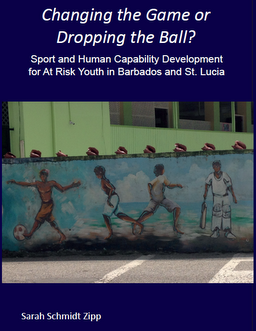