Flow cytometry (FCM) uses the principles of hydro- dynamic focusing, light scattering, light excitation, and emission of fluorochrome molecules to generate specific multi-parameter data from particles and cells. FCM became rapidly a routine method for clinical decision-making in clinical diagnostic laboratories, e.g. for lymphocyte subset enumeration, CD34+ cell enumeration and HLA-B27 screening. Therefore, various efforts to standardize testing and reduce variability between laboratories have been undertaken. Also, clinical cell analysis by flow cytometry has entered the same process of development of instrumental validation, internal and external quality control (QC), and External Quality Assessment (EQA) as any other laboratory medicine activities. In this thesis, we analyze the impact of these standardization efforts on clinical cell analysis by FCM with special attention to external quality assurance programs which currently are operational in the Benel! ux countries. Firstly, we retrospectively analyzed the results of 7 EQA send-outs to assess the quality of flow cytometric HLA-B27 screening. The HLA- B27pos samples were correctly classified as positive by the large majority of participants, the classification of HLA-B27neg samples as negative was less straightforward. Ten samples were correctly classified as such by 97% of the participants, whereas only 64% of the participants correctly classified the remaining eight samples as HLA-B27neg. Inspection of the reactivity patterns of the individual mAb with HLA-B27neg samples revealed that ABC-m3 showed very little cross-reactivity apart from its well-known cross-reactivity with HLA- B7, whereas the cross-reactivity patterns of GS145.2 and FD705 were more extensive. However, the small sample size (n=18) and the distribution of HLA-B antigens other than HLA-B27 did not allow assignment of specificities to these cross-reactions. Therefore, we further analyzed the cross-reactivity patterns of commercially available anti-HLA-B27 mAb (i.e., ABC-m3, FD705, and GS145.2) with an extensive cell panel with other HLA-B antigens. Test cells were selected as to express HLA-B antigens with known serologic cross-reactions (HLA-B7, B12, B13, B16, B17, B22, B37, B40, B41, B42, B47, and B48). Cells without B27 cross-reactive antigens (B5, B8, B14, B15, B21, and B35) and cells positive for B27 were included as controls. All mAbs tested showed cross-reactivity, ranging from weak (Â±) to strong (+), with different antigens and different degrees of intensity. If one mAb had been used for HLA-B27 screening, many false- positive B27 assignments would have yielded. This problem largely can be avoided by the combined use of two different mAb. The combination of FD705 and GS145.2 yielded the best results. Tise finding resulted in a proposal for a standard operating procedure for flow cytometric HLA-B27 screening, which is p! ublished and nowadays adopted by Current Protocols in Cytometry. In addition, we evaluated the suitability of long-term stabilized whole blood specimens as positive or negative procedure controls for flow cytometric HLA-B27 screening, and as test samples in an external quality assessment (EQA) scheme. Peripheral blood samples were obtained from 9 blood bank donors with known HLA-B typing. Commercially available HLA-B27 mAb were tested periodically between 1 week and 12 months and the forward scatter (FSC), sideward scatter (SSC), and fluorescence signals of lymphocytes were compared as a function of time. Furthermore, a pilot send-out with stabilized blood samples of 4 blood bank donors was distributed among the participants to the Benelux EQA scheme for HLA-B27 screening and results were compared with historical EQA data obtained using non-stabilized blood samples from the same donors. Matrix effects were observed, however there were no major effects on FSC and SSC characteristics of lymphocytes. Fluorescence of stabilized samples increa! sed as compared to fresh samples, but the discrimination between HLA-B27 positive and HLA-B27 negative samples remained feasible post stabilization in most cases. In the pilot EQA send-out the results obtained with stabilized samples were less concordant due to variable quality of these samples. In our opinion, long-term stabilized whole blood samples may be useful as true HLA-B27 positive and true HLA-B27 negative control cells for daily and longitudinal quality control of flow cytometric HLA-B27 screening, and may be used for EQA purposes. However, long-term stabilized samples are not suitable for reagent validation purposes. Extensive quality control of stabilized samples is necessary before distribution to the laboratories. Secondly, to assess the effect of multiple variables on CD34+ cell enumeration, we analyzed the results of 9 EQA send-outs in the Benelux countries. Therefore, robust multivariate regression, divergent to the statistics performed in most other studies, was used. We studied the effect of methodological aspects of CD34+ cell counting on assay outcome and whether or not this exercise was effective in reducing between-laboratory variation. Five variables were associated with significant bias of absolute CD34+ cell counts: (i) laboratory, (ii) gating strategy; (iii) CD34 mAb fluorochrome; (iv) type of flow cytometer, and (v) method of sample preparation. In addition, laboratory and platform methodology (i.e., single vs. dual) contributed significantly to the variability of this assay. Our approach, i.e., EQA with targeted training and feedback in response to reported results, has been successful in reducing the variability of CD34+ cell enumeration between participants. Thirdly, to assess the effect of multiple variables on CD3+ T-cell, CD4+ T-cell, CD8+ T-cell, NK-cell, and CD19+ B-cell enumeration, we analyzed the results of 10 EQA send-outs in the Benelux countries. Again, robust multivariate regression was used. We studied the effects of the methods used on assay outcome, and whether or not this EQA exercise was effective in reducing between-laboratory variation. Five variables were associated with significant bias of absolute lymphocyte subset counts: (i) platform methodology, (ii) sample preparation technique, (iii) gating strategies, (iv) sample stabilization, and v) laboratory. Platform methodology, sample stabilization, and laboratory also affected assay variability. With time, assay variability tended to decline; this trend was significant for B-cell counts only. Participants tended to standardize their techniques mainly with respect to sample preparation and gating strategies, but less with absolute counting techniques. Failure t! o fully standardize protocols may have led to only modest reductions in variability of results between laboratories. 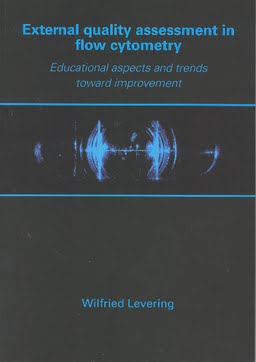