Puppets on a String

For more than a century, scholars in psychology have debated whether humans are ‘of two minds,’ that is, whether they have both conscious and unconscious thoughts, and whether both conscious and unconscious thought processes determine their behavior. According to Freud’s iceberg model, conscious thought is just the tip of the iceberg, with most of our thought processes taking place unconsciously. Marketing scholars and practitioners have embraced the iceberg model with great enthusiasm. They have incorporated models where people’s drives and motivations are built in layers, with only the top layer consciously accessible, but the real drivers hidden underneath. According to one of the most influential contemporary theories, human thinking is governed by dual systems. System 1, it is argued, is the evolutionarily oldest system, based in parts of the brain we share with lower animals, operates unconsciously, uncontrollably, with low effort, has huge capacity, is fast, nonverbal, parallel, and associative. System 2, conversely, is evolutionarily more recent, resides in our frontal cortex, operates consciously, controllably, with high effort, has small capacity, is slow, verbal, serial, and based on rules.
Despite their intuitive appeal, dual system theories have been challenged in recent years. I discuss some of their more problematic aspects and the research I have conducted testing core propositions of the dual system approach. Especially my research on the way brands become more well-liked through advertising and conditioning procedures is highly relevant for the debate, but so is research on people’s risk perceptions and self-control performance. Overall, I have seen support for some of the key predictions of dual process theory, but no support at all for its strong claim that mental processes should clearly belong to one of two systems with highly separable features. I argue that we need to acknowledge that the human mind cannot be neatly divided into two complementary processing systems. Rather, we should recognize that thought processes can be characterized to a greater or lesser extent by some but not all the features of automaticity. Researchers should start recognizing the full complexity of the human mind and embrace research that is more detailed, more precise – and perhaps a bit less grand in its claims. 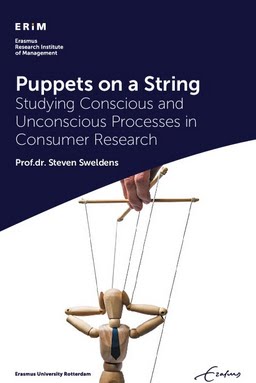