Mergers and Competition in the Dutch Healthcare Sector

Over the past 15 years, all but one hospital mergers have been granted permission by the Dutch competition authority to be consummated. Because ongoing hospital consolidation is at odds with the objectives of increased competition into the Dutch hospital market, merger activity over the past decade has fuelled a debate regarding the consequences of mergers and the desirability of further concentration. This thesis studies the effect of the introduction of price competition and merger activity in healthcare.

First, the thesis studies the why and how of the several merger waves that have occurred over the past 40 years in the Dutch healthcare sector. The study suggests that over this 40-year period, government policy has focused on how to best organize and finance healthcare. At the same time, however, the underlying and structural changes that have led to the levels of concentration in today’s hospital have largely been neglected.

The research does suggest that hospital mergers may lead to higher hospital prices. However, these price effects are found to be highly heterogeneous across health insurers, hospital products and hospital locations. Also, we find that merger simulation models can be used to predict these heterogeneous effects prospectively.

At last, this thesis presents a survey study on the motivation for healthcare mergers. The survey was sent to the majority of Dutch healthcare executives. It was found that Dutch healthcare organizations sometimes merge for strategic reasons. Also, Dutch healthcare executives seem to have a high degree of autonomy when deciding whether or not to merge. Together with the high levels of market concentration and the potential for increased prices after merger, this finding suggests that a strict and uniform application of antitrust laws in healthcare is appropriate and warranted. 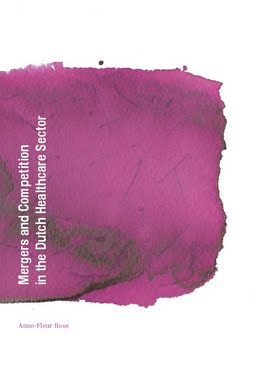