Budget support, Poverty and Corruption: A Review of the Evidence

Around the year 2000, budget support was considered to be the effective and often preferred aid modality. Used at the discretion of recipient governments, normally accompanied with policy dialogue, budget support is arguably the aid instrument that best complies with the principles of aid effectiveness. Following Swedish government priorities, it increased up to 2008. However, after that it decreased dramatically and by 2016, no general budget support was provided by Sweden. A similar change is apparent in the aid portfolio of other donor countries. Budget support has an important role to play in the debate on effectiveness and harmonization of development aid, not least at the European level. In many cases, budget support is the preferred modality by partner country governments (see, for example, EBA 2016:09). It is based on trust and ownership and avoids parallel structures and processes by using recipient countries’ systems. It has been considered to have low transaction costs, coordination gains and a potential to strengthen dialogue with poor countries' governments. However, while having strong supporters and backing in international agreements, it has also been depicted as risky and fostering corruption. Thus, budget support is controversial among Swedish policy makers as well as in the public debate. In this review of evidence, Professor Geske Dijkstra shows that the decline in budget support to a large extent is explained by factors in donor countries rather than by lack of evidence on effectiveness or limitations in its possibilities to reduce poverty. The author concludes that budget support has contributed to non-income poverty reduction and that its resources, and sometimes the dialogue as well, have facilitated more expenditure for the priority sectors. “This has led to more class rooms, more drug availability, and more staff for education and health. In turn, this has contributed to higher school enrolment rates, to more gender equality in access to primary education, to more access to health services, and more access to water and sanitation. In some countries, access to secondary education significantly improved as well. In many countries there were also improvements in outcomes such as 2 primary school completion rates, immunization rates, infant and child mortality rates, and maternal mortality rates”. In addition, “contrary to the many expectations on the high fiduciary risks of budget support, there is no evidence that it increased corruption”. The review demonstrates how challenging it has been for the donor community to uphold the aid effectiveness principles in the light of political opinions and considerations in donor countries. Often withdrawal of budget support has been used as an, ineffective, punishment of recipient countries’ non-compliance with donor priorities. 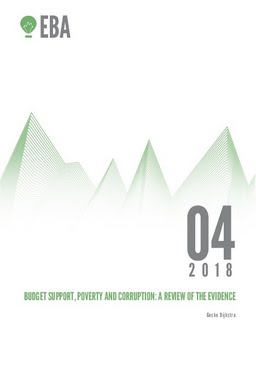