The Political Economy of Industrial Tree Plantations in the Era of Global Land Rush: the case of Guangxi, China

The industrial tree plantation (ITP) sector is expanding rapidly and massively in Southern China, and recently especially in Guangxi. The rise of the ITP sector, involving both foreign and domestic actors, has led to extensive changes in land-use and land control, as well as in labour conditions and livelihoods in the villagers in question. These changes and the resulting encroachment by the ITP sector, has led to diverse political reactions by the affected villagers. Exploring the dynamics of the sector’s expansion in Southern China offers, on the one hand, a more refined analysis of the role of China in global land politics and calls for a rethink of the nature of land politics. On the other hand, it helps to deepen the understanding of a complex maze of recent and dramatic agrarian transformations in Guangxi involving the land-labour nexus and villagers’ livelihood changes. In this context, the central research question is: Why and how did the industrial tree plantation sector expand in Southern China, and what implications does it have for the livelihoods of rural villagers?

This study shows that foreign investors acquire land inside China. This implies that the role of China in global land politics is not limited to that of the country-of-origin of numerous foreign land investors and as a major site of agro-product consumption, but that the country is also a destination of foreign land investments in a global crop boom. At the same time, this study reveals a reverse labour and capital inflow from urban areas to rural areas with the rise of the ITP sector. This trend is in contrast to what most studies on agrarian transformation note, namely that rural areas are dispossessed for the capital accumulation of urban industrial sectors, with a massive labour flow from rural to urban areas. This study also sees that villagers do not necessarily get excluded and thus resist the sector because of their expulsion and/or because of environmental concerns, as in the case in many other places around the world where a crop boom has taken place. Villagers exhibit diverse adaptive livelihood responses to a crop boom, and are affected differently by it, which then results in distinctly different political reactions. In order to more fully capture these dynamics, this study goes beyond the dichotomy of “exclusion versus inclusion”, and offers a more nuanced typology, which includes passive inclusion, active inclusion, passive exclusion, and active exclusion. Finally, this study critically examines the complicated role played by the state during the processes just described. 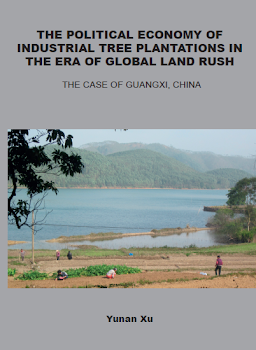