Sexuality, Elites, and Court Life in the Late Seventeenth Century: The Diaries of Constantijn Huygens, Jr.

In the last quarter of the seventeenth century, the following joke circulated in the Dutch Republic: A very fat nobleman married a lady-in-waiting of the Princess of Orange. Because of his big belly, he was afraid that he would not be able to manage intercourse with her. However, she knew how to remedy this with some cushions and body movements. Surprised, he asked her where she had learned this. She answered, "Ho, ho, don't you know that you can learn anything at court." 1 This joke suggests that the court was regarded as an isolated society with its own rules and norms, and one where sexual liberty reigned. In other countries, royal and princely courts often had the same reputation. One source, in particular, informs us about the sexual practices at the court of the princes of Orange, and, more generally, within the Dutch elite: the diary of Constantijn Huygens, Jr. (1628-97). Not only is this one of the most scandalous Dutch diaries from the late seventeenth century, but it is also one of the most extensive. 2 Between 1649 and 1697 Huygens filled 1,599 pages. 3 Historians long ignored this text, considering it too offensive. It has never been translated out of Dutch, and when it was published in 1876-77, it was expurgated, its seeming heinousness increased by the fact that Huygens' father was a brilliant poet and his brother, Christiaan, a famous scientist. Only recently have Huygens' talents come to be appreciated. He was a good poet of Latin verses, a credible draughts-man, and a connoisseur of the arts; and like his father and grandfather, he was secretary to the princes of Orange. His diary, therefore, is a unique source for the study of daily life at court and among the Dutch and English elites in general. The diary is not, however, a continuous text. There is a travel journal written during his grand tour to France and Italy in 1649-50; from 1673 to 1678 there are diaries from the military campaigns with Prince William, one from 1680 when he was in Cell in Germany during a diplomatic conference, and another one from 1682-83. Most importantly, there is one that is continuous for 1688-97. 4 The diaries, which are in large part filled with anecdotes, provide a [End Page 94] rather disenchanting view of the Dutch elite. Several hundred entries concern one of the most popular subjects for small talk, sexual behavior. Huygens is thus comparable to his English contemporary, Samuel Pepys, but with an important difference: whereas Pepys mainly describes his own sexual habits, Huygens almost exclusively describes those of others. Even though most of Huygens' entries are unfortunately rather short--for instance, when he mentions that he spent an evening engaged in "dirty talk," he does not tell us much more than the fact that he had taken a keen interest in these matters (10 September 1692)--his diaries are a valuable source of information for the history of sexuality. 5 Because of that, and because the diaries are fully available only in manuscript and only to readers of Dutch, this essay will describe their sexual contents for a larger readership and hopes to provoke further use and analysis. 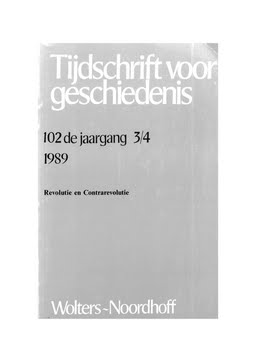