Medication use among women with breast cancer in the Netherlands : Pharmacoepidemiological studies based on data from the Eindhoven Cancer Registry-PHARMO linkage

In the Netherlands, breast cancer is the most frequent (30%) of all cancers in women. In 2008, around 13,000 women were newly diagnosed with the disease. Worldwide, breast cancer accounted for almost 1.4 million new cancer patients in 20082. Incidence rates of breast cancer have been increasing in the Netherlands since 1960. This increase can be explained by several factors: the increased detection of (early) breast cancer due to the introduction and increased use of mammography and cytology since the 1980s, the implementation of the mass breast cancer screening program between 1991 and 1996, and a change in adverse way of the risk factors for breast cancer over the years. Many known risk factors are related to endogenous hormones: young age at menarche, higher age at menopause, high age at first childbirth, lower parity, shorter lactation and obesity. Changes in adverse way of these reproductive patterns and other lifestyle factors, such as physical activity, have almost certainly played an important role in the increase of breast cancer incidence. In 2008, 3,300 patients died of breast cancer in the Netherlands, making it, together with lung cancer, the most important cause of cancer death among women. However, breast cancer survival has improved for several decades: in the 1970s 5-year relative survival was less than 50%, while for patients diagnosed in 2000-2002 this was 80%. Factors related to the increased survival are, among other things, early detection through breast cancer awareness and screening, resulting in a more favourable stage distribution, and improved (adjuvant) treatment. With the incidence rates of breast cancer increasing and survival rates improving, the number of prevalent breast cancer patients will continue to rise. In 2005 it was estimated that 119,000 patients in the Netherlands were ever diagnosed with breast cancer6. Breast cancer prevalence rises with approximately 5% annually, and in 2015 the number of (ex-)breast cancer patients might increase to about 194,000. This number is expected to continue to rise also due to demographic developments (age distribution skewed toward old age). A large proportion of these women will still require some form of health care, either for diagnosis and treatment, surveillance during follow-up, or because of recurrences, metastases or new primary malignancies. Breast cancer survivors are at high risk of developing subsequent primary cancers either in the breast or in another organ. 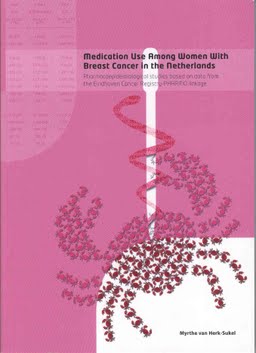