During life, man encounters a large variety of infectious agents such as bacteriae, fungi, viruses and parasites. The cytopathogenic effects of these micro-organisms may have detrimental consequences on body functions, and may eventually lead to severe damages or even the death of the infected host. The fact that most of the time these organisms do not get the opportunity to harm our body, is largely due to our immune system. The immune system consists of a specific and a non-specific part. The latter, also called innate immune system, is the primary defense against micro-organisms and consist of a.o. the skin, shedding of epithelial cells, cilia lining the trachea, mucus, acid in the stomach, cytolytic enzymes in secretions, phaQocytes, acute phase proteins, etc. The second line. of defense is formed by the specific (adaptive) immune system, which can be divided into a cellular and a humoral part. Cellular immunity is primarily exerted by T cells, consisting of cytotoxic T cells, which kill virus-infected cells and tumor cells, or helper T cells which regulate the function of other cells via secreted cytokines. In humoral immunity the immunoglobulin producing B cell plays a central role. B cells, derived from bone marrow, produce antibodies, proteins that are secreted in body-fluids and can bind to antigens with high specificity. Specificity of the antibody molecule resides in two identical antigen-binding sites located on the two tops of theY-shaped molecule. Effector functions of antibodies include neutralization, complement activation, opsonization and antibodydependent cell mediated cytotoxicity. Most of these effector functions are dependent on the structures on the tail of the Y-shaped molecule, the Fc-part, which varies between the (sub}classes of antibodies. Five distinct classes of immunoglobulin molecules (isotypes) are recognized in most higher mammals, namely lgM, lgD, lgG, lgA and lgE. These differ from each other in size, charge, amino acid composition and carbohydrate content. In the mouse, the lgG class is subdivided into four subclasses (isotypes), called lgGt, lgG2a, lgG2b and lgG3. The diversity of the structure of these subclasses determines the variety of functions of these effector molecules in immunity. 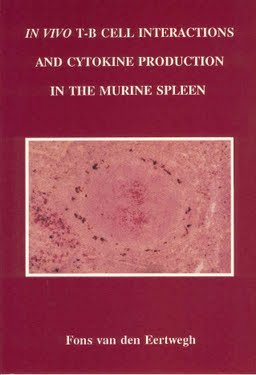