Overall, the prevalence of overweight and obesity among women has increased in most low- and middle-income countries across all educational groups and occupational classes in the last two decade. Nonetheless, overweight and obesity trends have rapidly increased among less educated and lower occupational classes especially in North Africa/West and Central Asia (NWA), Sub-Saharan (SS) and Latin America and the Caribbean (LAC) region. For example, women working in agriculture and production sector had an annual increase in the prevalence of overweight/obesity ranged from 2.8% in LAC region to 3.7% in the SS region. In addition, women with lower age at first birth, high parity, and shorter duration of breastfeeding had an increased odds of overweight. Nonetheless, those reproductive factors did not play a key role in explaining differences in overweight by socioeconomic status and related trends.
Finally, the CCT Familias en Accion was associated with significant higher BMI z-scores among children beneficiaries of this program; BMI-for-age z-scores (β=0.14, 95%CI 0.00, 0.27, p <0.05).
These results suggest that in future years, the unequal distribution of body weight between and within societies likely contributes to perpetuate poverty and poor health as in high-income countries. In addition, poverty reduction policies such as CCT programs in a middle- income country such as Colombia have not been very successful in preventing overweight and obesity. Therefore, additional efforts specifically focused on preventing an increase in inequalities in overweight and obesity are needed, targeting mothers and children from low income households. 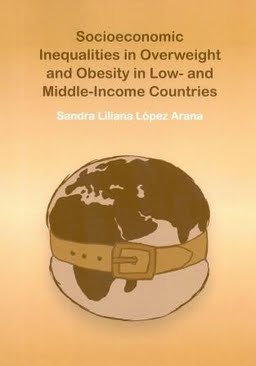