Motivations, antecedents, and value in industrialized and emerging markets

Intellectual property rights (IPRs) play a very important role for innovations. They serve as a mechanism for innovators (e.g., individuals, companies, universities) to protect their intellectual property and enable the holder of the IPR to profit from the innovation. Patents and trademarks constitute the two most important and most frequently utilized IPRs. This thesis contains five empirical studies that address recent research gaps in research on patents and trademarks. With regard to patents, this thesis focuses on patenting in China, which underwent a remarkable and explosive growth recently: Only 15 years ago, Chinese applicants filed 1.9% of the patents they filed in 2014. This is because China is trying to transition itself from an imitation-based to an innovation-based economy. However, even though China is actively and prominently fostering innovation in trying to become a leading innovator, China is still far away from reaching the world’s innovation frontier. In light of this ongoing and still relatively unexplored phenomenon, this thesis addresses several important issues regarding the antecedents of patenting and the value of patents in China that are crucial, but have received little attention so far. In particular, this thesis addresses the more specific topics of university patenting, the impact of acquisitions on innovation performance, and patent value in China. In contrast to research on patenting, research on trademarking is in comparatively early stages. Trademarks are a very important IPR for firms to distinguish themselves from competitors and have been linked positively to the market valuation, survival, and productivity of firms. However, little is known on why firms file trademarks, which is the focus of the final study in this thesis. 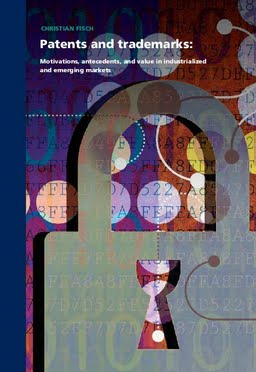