Egodocuments and history : autobiographical writing in its social context since the Middle Ages

Dutch historian Jacques Presser used the term “egodocuments” to describe a range of autobiographical materials, including diaries, memoirs, and wills— the stuff we have been calling “life writing”—to signal its distance from earlier notions of what constituted autobiography. “Egodocument” sounded awkward to me, its echo of psychological “ego” presence distracting. More forcefully than Rudolf Dekker’s rather conservative though scholarly introduction, however, this collection of essays demonstrates the flexibility of the term. The material the scholars represented here discuss is less diverse than the range of photographs, paintings, film, and written texts many academics are examining in their exploration of subjectivity, identity, community, and history. “Egodocuments,” however, make a strong showing. Dekker’s explicit aim is to make Presser’s term more accepted, arguing that in addition to wide acceptance in the Netherlands, it is being adopted in Germany and France. His definition of the term follows Philippe Lejeune’s “pacte autobiographique,” but concedes that the decision to call a text an egodocument “may vary from reader to reader.” Dekker’s wish to expand the category of writings and texts that can be considered autobiographical may seem unadventurous to North American and English life-writing theorists. However, his brief account of the Dutch and German devolution of autobiographical studies is informative and engaging. The individual essays comprise the strength of this collection: nine pieces, ranging from a study of “Jewish Ethical Wills as Egodocuments” examining documents from the late twelfth century, to “Online Diaries and Websites on Egodocuments,” which offers an annotated list of relevant sites of both personal journals and scholarly sources. Usually, in a gathering of essays, it’s common to find uneven quality. Here, each essay is forcefully argued. Each is firmly embedded in its historical context, and balances its analysis of particular documents with its scholarly context and social surroundings in place. The first essay, “Food for Thought: Hieronymous Wolf Grapples with the Scholarly Habitus,” by Gadi Algazi, in a personable, witty tone analyzes the ethical freight Wolf attaches to his carefully noted habits of eating and drinking. Early modern scholars will find this and other essays here of interest: “The Diary of David Beck (1624),” by Jerome Blaak, emphasizes the importance of egodocuments to the study of the history of reading in that period; and Carolyn Chappell Lougee brings that period and the late eighteenth century together in “Emigration and Memory: After 1685 and After 1789.” Chappell Lougee takes on the huge questions of history, memory, and nation Reviews 467 in her treatment of memoirs, using various kinds of egodocuments to support her analysis of Huguenots who fled France in 1685, and those who fled the revolution in 1789. In “The Limitation of Family Tradition in the Barrier Between Public and Private,” which considers a parallel diary and almanac written by Karoline von Hessen-Darmstadt in multiple volumes between 1762 and 1772, Helga Meise argues that the “almanac” is a form of egodocument beginning in 1585. Meise details striking differences between the two documents as Hessen-Darmstadt’s fortunes waver in France, Russia, Germany, and Prussia. In “Besides Benjamin Franklin: Autobiography in America, 1750–1800,” Stephen Carl Arch offers an account of three unknown autobiographies that present voices “elided by” critical tradition dominated by scholars of Rousseau and Franklin. Autobiographies of a working class white man, an African American freed slave, and an independent white woman suggest, argues Arch, “something of the ferment that the discourse of selfhood stimulated in the late eighteenth century in America.” Michael Mascuch, in “John Wesley, Superstar: Periodicity, Celebrity, and the Sensibility of Methodist Society in Wesley’s Journal (1740–1791),” challenges the dismissal of the literary and historical value of Wesley’s journals. While this essay may be of more interest to historians of the period and person than to auto/biography scholars, it raises nice questions about the construction of the celebrity—certainly a timely question for watchers of “I’m a Celebrity, Get Me Out of Here.” “Autobiography and Family Memory in the Nineteenth Century,” by Arianne Baggerman, tracks the collection of family archives and materials that she and her colleague Gerard Schulte Norholt have undertaken in the Netherlands. This short (eleven pages) essay is fascinating, showing the behavior of families from generation to generation when faced with the documents meant to guide, inform, or inspire them. Some take on the task of adding to the archive for the next generation, others censor materials pitilessly. Baggerman concludes that scholars should perhaps be asking not “why people wrote egodocuments in the past . . . but why they did not throw them away.” Gerard Schulte Norholt’s “Online Diaries and Websites on Egodocuments” is less an essay than a compilation of sites, and as such is terrifically useful. His sites include Philippe Lejeune’s diary, a “donttellmama” journal, and academic and scholarly collections of egodocuments, conferences, and journals (including Biography). This list, in itself, makes the collection worth having. Almost all the essays in this volume fall far from my own area of study, yet the quality of scholarship and clarity and liveliness of the writing held my interest. Moreover, I have found using the term “egodocument” increasingly convenient. I expect Dekker’s aim to find greater acceptance of it will succeed. 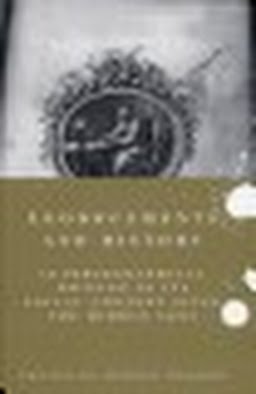